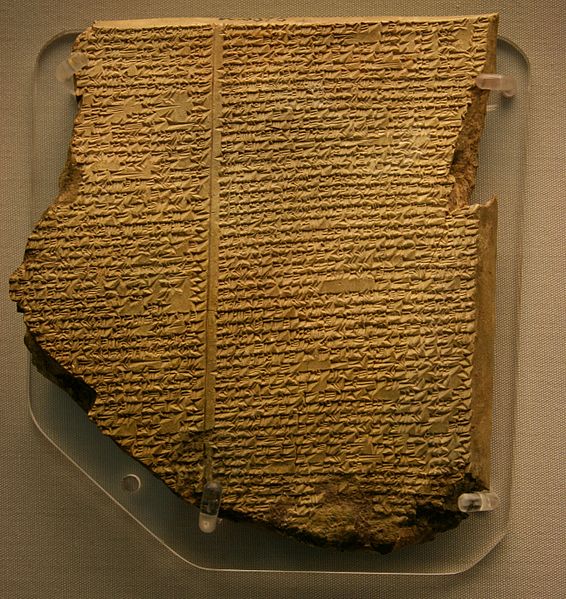 What do Ancient Near Eastern (ANE) works, the Mishnah, Babylonian Talmud, Apocrypha, and Greco-Roman texts add to our insight of Scripture?

Imagine that you step into a time machine and go to visit Moses. You greet him by saying, “May the Force be with you.” How do you think he would react? Why would that be?

Biblical authors did not write in a cultural vacuum. Just as we are shaped by what we see and read, so their intended recipients had been affected by what they had previously heard or read.[1]

Consider an example from American history. When President Abraham Lincoln met Harriet Beecher Stowe, the author of Uncle Tom’s Cabin, he greeted her by saying, “So you’re the little woman who wrote the book that started this great war.”[2]

Her publication had radically shifted American cultural views of her era.

Likewise, the original recipients of both Old Testament and New Testament writings were quite familiar with, and had been influenced by, other literature of their time. Consequently, biblical authors wrote in ways which made sense to people steeped in their civilizations.

For example, in The Code of Hammurabi, the penalty for the person who destroyed the eye of an aristocrat was the loss of his eye, but if the injured person was a commoner, he paid a comparatively small fine (Law 196–199).[3]

In contrast, God’s command did not discriminate against the lowly. A slave who lost a tooth or eye due to his Hebrew master was freed as compensation (Exod 21:23–27).

Jewish religious leaders recognized that their failure to obey the law of Moses resulted in their exile from the promised land (Dan 9:3–7; Ezra 9:5–7). Therefore, they developed the Mishnah (m.) as an oral commentary on the Pentateuch (the first five books of the Bible) from the late first century BC to the first century AD. It was published around AD 200.[4]

The Mishnah was intended to place a protective fence around the Mosaic law to prevent people from sinning (m. Avot 1.1). Then Rome would be overthrown and their exile could finally come to an end.

As a result, the book Shabbat contains twenty-four chapters of rules to obey on the Sabbath.[5] Even today, Orthodox Jews do not mix meat and dairy in one meal due to Exod 23:19, which states, “You shall not boil a young goat in the milk of its mother” (Cholin 8.1–4).

Much of Jesus’s conflict with the religious leaders of his day centers upon these man-made rules, which Christ called “the tradition of the elders” (Matt 15:1–9).

The Babylonian Talmud (b.), written from 400–600 AD, discusses the Mishnah, making it a commentary on a commentary.[6]

According to the Talmud:

All the predestined dates [for redemption] have passed, and the matter [now] depends only on repentance and good deeds…The son of David will come only in a generation that is either altogether righteous or altogether wicked.

Rabbis devised these regulations to hasten their deliverance from foreign domination by creating the conditions for the arrival of the messiah.[7]

The books of the Apocrypha vary widely in character and quality and must be judged against Scriptural teaching.

First and 2nd Maccabees are valuable for detailing the history which occurred between the two testaments, particularly regarding Hanukkah (The Feast of Dedication). This was a festival which Jesus celebrated (John 10:22–23).

On the other extreme, there are fanciful works such as The Life of Adam and Eve, a book which details what happened to the couple after their expulsion from Eden (e.g. 9.1–11.3). Many of these works were embraced by the Jews of that era and are critical for deciphering Jewish thought.

Biblical authors did not necessarily agree with everything which appears in those books.[8]

In effect, they did the same thing preachers do today when they reference popular culture to make a specific point in their sermons.[9]

An important document called the Muratorian Fragment (ca. 190 AD) aids us in distinguishing between apocryphal books and those which were later incorporated into the New Testament.

It lists all the New Testament books, except for James and Hebrews. The author notes that The Shepherd of Hermas was useful for private reading. However, he claimed that it should not be publicly read in churches, as it was written in his own era and not by one of the apostles or prophets from the days of Christ.[11]

Note that Roman Catholic Bibles include apocryphal works not accepted by most Protestants.

Just as the Mishnah and Talmud aid us in grasping the world-view of Jewish people from the time of Jesus, Greco-Roman works enable us to comprehend how Gentiles from that era thought and behaved.

Often their understanding of the world and society was distinct from ours. Therefore, the way they heard and understood what the biblical authors were writing occasionally differs from how we understand the New Testament at first glance.

Learning about these cultural influences clears up many of the perplexing questions which arise while reading Scripture.

Go to Author and Date of Genesis

[Related posts include  Author and Date of Genesis; and Exegesis and Hermeneutics]

[1]Gary A. Parrett and S. Steve Kang, Teaching the Faith, Forming the Faithful: A Biblical Vision for Education in the Church (Downers Grove, IL: IVP Academic, 2009), 253.