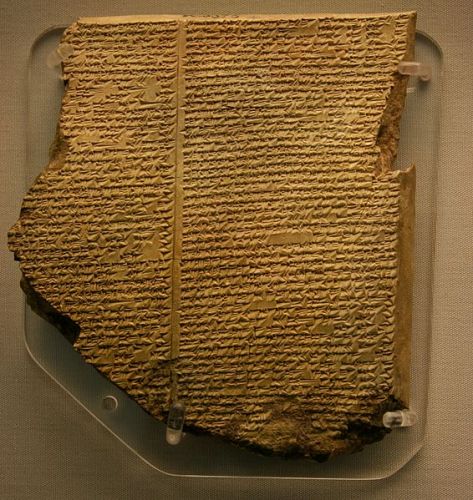 Imagine that you go back in time to visit Moses. You end your visit by saying, “May the Force be with you.”[1]

How do you think he would react? Why would that be?

Biblical authors lived in cultures different from ours and wrote to people in those cultures.

Just as we are changed by what we see, hear, and read, the people who first received the Bible had been affected by what they seen, heard, or read.

Think about this example from American history:

He greeted her by saying, “So you’re the little woman who wrote the book that started this great war.”

Did he mean that she had been the first person to start fighting?

Or was he saying that her book changed enough people’s minds about slavery to start a war?

Likewise, the people who originally received both the Old Testament and New Testament were quite familiar with, and had been affected by, other writing of their time.

So, Old Testament authors wrote in ways which made sense to them.

However, they inserted God’s thoughts about Ancient Near Eastern cultural ideas.

As a result, much of what they wrote is like what we see in Ancient Near Eastern texts but with important differences.

For example, in the ancient writing called the Code of Hammurabi, the penalty for a person who destroyed the eye of a high-ranking man was the loss of his own eye. However, if the injured man was an ordinary person, he only paid a small fine (Law 196–199).

In contrast, God’s command did not make a difference between high-ranking people and lowly, ordinary people.

He made sure that everyone received justice.

To a slave, being set free from a master who abused him was more important than having that master lose an eye and be able to keep hurting him.

For more in-depth information on this topic, click here.

Image via Wikimedia Commons This photo is Part 11 of the Epic of Gilgamesh. It tells about Gilgamesh’s visit with the man who survived the great flood.

[1] In the movie Star Wars, this is like saying “Goodbye.”

Go to An Early Israelite View of Genesis 1–2:3

Return to Chapter 3: Ancient Cultures and the Bible