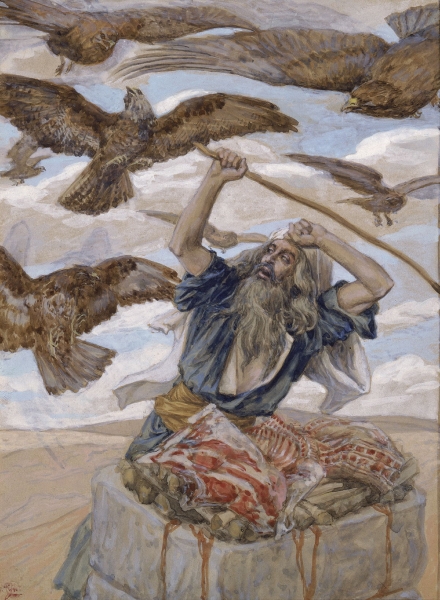 4) Gen 12:1–3: This passage provides the key to understanding Genesis and the rest of the five books written by Moses (the Pentateuch). Whenever the Lord addressed the patriarchs, he referenced this binding agreement. Note that God reckoned Abram (Abraham) as righteous for believing his promises.

We can translate the verb at the end of v. 3 as either “bless themselves” or in a passive sense, “be blessed.”[1] Since God performed the action, “be blessed” better fits the context of the passage.[2]

The term “nation” (mishpakah) refers to the largest group of people in which the gospel can spread without encountering a significant language or cultural barrier, such as a different caste.[3]

a) What covenant did the Lord make with Abraham? How far does the promise to Abraham extend?

b) Gen 12:4–5: In the Ancient Near East, your father’s household represented your identity, daily survival, and future security.[5]

This move required an enormous undertaking. After arriving in Canaan, Abraham led 318 trained men born in his household to rescue his nephew Lot (Gen 14:14).

How did Abram respond to God’s command? Discuss what making such a move involved.

c) Gen 15:1–6: In Gen 14, Abram rescued his nephew in a fierce battle and then refused a portion of the plunder which a wicked king offered to him.

Chapter 15 begins with the Lord saying, “Do not fear, Abram, I [am] a shield to you, your very great reward” (Cf. Ps 37:4) Abram’s trust that the Lord would do as he had promised was “credited to him [as] righteousness.”

Why was God’s promise to Abram appropriate after the battle he faced his refusal of plunder? How have you experienced God as your reward? What else did the Lord promise to Abram?

d) Gen 15:6–18: After putting Abraham into a supernatural stupor, the Lord ratified their pact by invoking the curses for failure upon himself.[6]

Normally, both parties or the subordinate one walked between the sacrificed creatures. In the Ancient Near East, this amounted to vowing, “May I become like these animals if I break this pact.”

For example, just prior to their exile, Israel’s leaders set their Hebrew slaves free with such a ceremony. Then they changed their minds. In response, the Lord said he would treat them like the animals they had sacrificed (Jer 34:18–20).

An eighth century BC Assyrian emperor included this in a treaty with a subordinate king:

Since only the Lord passed between the animal parts, God’s covenant with Abraham would accomplish all it was intended to do despite human sin.[8]

Significantly, the Lord did not institute circumcision, the sign of this treaty, until years later. This proves that faith—not external ritual—saves us (Gen 17:11–14).

Why do you think God put Abram into a supernatural stupor before ratifying the treaty with him? How do we know that Israel’s years of slavery were not an accident of history? Why didn’t Abraham’s descendants take control of the promised land right away?

5) Neh 9:9–12: Most of this chapter summarizes Israel’s history prior to the exile.

In keeping with the plagues of judgment against the gods of Egypt described in Exod 8–12, an Egyptian papyrus dating to the Ramesses’ dynasties (1293–1069 BC) laments as follows:[9]

Plague is throughout the land. Blood is everywhere…The river is blood. Men shrink from tasting—human beings, and thirst after water…That is our water! That is our happiness! What shall we do in respect thereof? All is ruin…[Alas], gates, columns, and walls are consumed by fire…Lower Egypt weeps…The entire palace is without its revenues. To it belong [by right] wheat and barley, geese and fish…[Alas], grain has perished on every side…

[Alas], that has perished which was yesterday seen. The land is left over to its weariness like the cutting of flax…All animals, their hearts weep. Cattle moan…Behold, cattle are left to stray, and there is none to gather them together. The land is without light…[Alas], the children of princes are dashed against the walls…[Alas], the children of princes are cast out in the streets…The prison is ruined…

He who places his brother in the ground is everywhere…It is groaning throughout the land, mingled with lamentations… Behold, the fire has mounted up on high. Its burning goes forth against the enemies of the land…Gold and lapis lazuli, silver and malachite, carnelian and bronze…are fastened on the neck of female slaves.[10]

a) Read Neh 9:9–12. Looking at the headings of Exod 8–12, how does this papyrus remind you of the Egyptian plagues? Why did the Lord act on Israel’s behalf?

Based upon these verses, what protected the firstborn of Israel from death in the final plague?

c) Exod 12:28–42: Why did the Egyptians urge their Hebrew slaves to leave? How did God fulfill his promise to Abraham (Gen 15:13–14)? Why do those observing Passover eat unleavened bread?

a) How did the Lord demonstrate that he is “a God of forgiveness, gracious and compassionate, slow to anger, great in covenant faithfulness, and that he did not forsake them (Exod 34:6)?”

b) Deut 28:1–2, 11–15, 20–26: Note that Exodus/Leviticus, Deuteronomy, and Joshua 24 each follow the format of Hittite treaties written during 1400–1200 BC between an emperor and a king serving under him.[11] This suggests both Mosaic authorship of the Pentateuch and an exodus during the reign of Ramesses II.[12]

Consider the differences between this letter from 1861 and one you would write to a close family member today.

* This includes Exodus/Leviticus, Deuteronomy, and Joshua 24. Since there is no God but Yahweh, divine witnesses are omitted.

This raises an interesting issue with how we typically think of the two tablets of the Ten Commandments (Exod 20:1–17). Based upon Ancient Near Eastern practices, each tablet contained the full covenant (Deut 10:1–5).

Read Deut 28:1–2, 11–15, 20–26, which provides a brief overview of God’s blessings and curses. Why and how would God bless Israel? What would cause him to curse the nation? What is the significance of Moses receiving both copies of God’s covenant with Israel to place in the ark of the covenant?

[A related post is Author and Date of Genesis]

c) Deut 30:1–5: This speech by Moses occurred before Israel entered the promised land.

What did Moses presuppose in this passage?

In the Old Testament, the word “heart” (levav) means the deepest part of a person, the internal aspect which determines our moral conduct. Therefore, God would remove whatever prevented his people from hearing and obeying his teaching.[17]

How did Moses describe the result of this heart surgery performed by the Lord?

6) Neh 9:23–31: This passage recounts Israel’s experiences from the time of Joshua’s rule through that of the divided monarchy (ca. 13th century–586 BC).

a) How did God express his compassion during these eras?

b) 2 Sam 7:12–16: The prophet Nathan delivered this promise to David after the king expressed his desire to build a house for the Lord’s presence over the ark of the covenant.

What did the Lord promise to do for the king?

c) Ps 2: New Testament authors frequently quoted this psalm.[18] “Kiss the Son” is an idiom for “be ruled by the Son.”[19] The empire of David and Solomon never approached the size of the one envisioned here.[20]

What does this song of worship predict that the Son will do?

d) Ps 72: This song also anticipates the coming of the kingdom of God in all its fullness.

What will the coming king do?

How would the Lord bring comfort to his people?

f) Isa 49:1–7: How did the servant of the Lord describe himself? What was his commission?

Go to Exile in the CSER Structure Part 1

[Click here to return to CSER Table of Contents]

[1] Wherever a biblical text appears in quotation marks, this reflects the author’s translation from either the Hebrew BHS or the Greek NA28.

[13] These usually come after the witnesses, but per Kitchen (On the Reliability of the Old Testament , 288), there are often slight variations.

[15]Adapted from Kenneth A. Kitchen, On the Reliability of the Old Testament, 285, 288, and 324 and with permission from Gordon P. Hugenberger [“Introduction to the Pentateuch (Continued): Authorship of the Pentateuch” (lecture, Gordon-Conwell Theological Seminary, South Hamilton, MA, 2006).