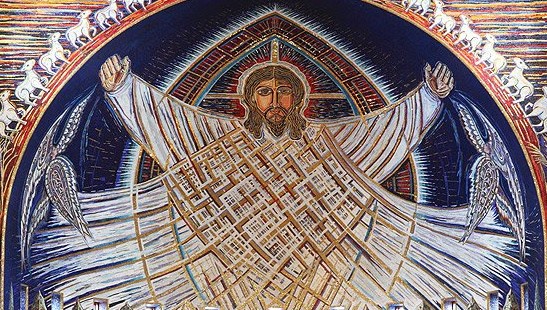 In addition, John wrote, “On his head [are] many crowns.”

Within the ancient world, an emperor wore one diadem to represent each city or nation he ruled.[6]

For example, the ring of Ptolemy VI Philometer (ca. 186–145 BC) shows him wearing the double crown of Upper and Lower Egypt.[7]

While conquering Syria, “Ptolemy entered Antioch and put on the crown of Asia. Thus he put two crowns on his head, the crown of Egypt and that of Asia” (1 Macc 11:13, NRSVCE).

For Greco-Romans, that act symbolized a major victory.[8]

Consequently, John’s original readers understood that this vision of Christ wearing many crowns signified that he rules over all dominions (Rev 1:5; Rev 19:6),[9] and that all authority belongs to him.[10]

John also described the rider as, “having a name which has been written which no one has known except himself.”

The concept of receiving a new name reflects promises made in the Old Testament (Isa 62:1–4; Isa 65:13–17). That Jesus’s name remained unknown in John’s vision indicates that Isaiah’s prophecies of a marriage relationship with the Lord had not yet come to fruition.[14] Someday, all of God’s people will know that name.[15]

This title may be inscribed directly on Jesus.[16] However, given the context, Christ’s secret name likely appears on the diadems which he wore (Cf. Rev 13:1).[17]

In the ancient world, people believed that knowing the name of a god or demon enabled a person to exert power over it.[19]

This spell appears in a Greek magic text:

You master Typhon, you who I call, who are the dreaded sovereign o’er the firmament. You who are fearful, awesome, threatening. You who’re obscure and irresistible and hater of the wicked, you I call, Typhon…

I invoke you in prayer, I call, almighty one, that you perform for me whate’er I ask of you, and that you nod assent at once to me and grant that what I ask be mine…for I speak your true names.[20]

Plato (427–347 BC) reported that Socrates (469–399 BC) said, “We, if we are sensible, must recognize that…of the gods we know nothing, neither of them nor of their names, whatever they may be, by which they call themselves, for it is clear that they use the true names.”[21]

And [the angel] took me into the air of the seventh heaven, and moreover I heard a voice saying, “How far will he ascend that dwelleth in the flesh?” And I feared and trembled…

And when I trembled, behold, I heard from hence another voice being sent forth, and saying, “It is permitted to the holy Isaiah to ascend hither; for here is his garment.”

And I asked the angel who was with me and said, “Who is he who…permitted me to ascend?”

And he said unto me…,“He who permitted thee, this is thy Lord God, the Lord Christ, who will be called “Jesus” in the world, but His name thou canst not hear till thou hast ascended out of thy body.”[24]

Since no one currently knows Jesus’s secret name, he remains sovereign over everyone.[25]

Medieval Jewish scholars believed that after the events of Ps 9:3–8 occur, then Ps 9:9–10 shall be fulfilled.

One document states that the Lord will “renew in the time-to-come…the name of the Messiah” ((Pesikta Rabbati 12.9).

Another text notes that after he destroys evil people, “the name of God will be complete” (Pesikta de Rab Kahana 3.16).[26]

Many people will learn the meaning of that name in terms of justice and vengeance. Yet for all who enter a close relationship with him, Jesus’s secret name will speak of grace and salvation (Eph 1:3–11).[27]

John further described the rider, writing, “And he has put on a garment having been dipped in blood.”

This depicted a heavenly warrior covered with the blood of those he has slain, not Christ’s atoning blood.[28]

Although the battle had not yet begun, the messiah’s bloodstained clothing represented certain victory.[29]

Justice rendered to God’s enemies shall usher in the fullness of his kingdom.[30]

Many New Testament (NT) scholars recognize that the language of Rev 19 closely adheres to Isa 63:1–6.[32]

In the end, everyone will know that the holy warrior is Jesus (Cf. Isa 41:21–25; Phil 2:9–11).[33] This Old Testament passage confirms that the blood spattered upon his clothing will come from the enemies of God.[34]

Thus, Christ shall exact justice for his people through both vengeance and redemption.[35]

As the remainder of this chapter in Revelation clarifies, the blood flowing from the wine press in Isaiah represents all who live in rebellion against God (Cf. Rev 14:18–20).[36]

A very interesting parallel to Rev 19:13 appears in an Aramaic paraphrase of Gen 49:11, a text which precedes the Christian era.[37]

How beauteous is the King [Messiah], who is to arise from the house of [Judah]! Binding his loins, and going forth to war against them that hate him, he will slay kings with princes, and make the rivers red with the blood of their slain, and his hills white with the fat of their mighty ones; his garments will be dipped in blood, and he himself be like the juice of the wine press.[38]

The image of a heavenly warrior with bloody clothing would have also frightened Greco-Roman readers.[39] By the time of Christ, Roman field commanders wore red garments into battle.[40]

[She], revengeful, takes a torch;—besmeared with blood, and vested in a robe, dripping with crimson gore, and twisting-snakes engirdled, she departs her dire abode—with twitching Madness, Terror, Fear and Woe: and when she had arrived at the destined house, the door-posts shrank from her, the maple doors turned ashen grey: the Sun amazed fled…but suddenly that baneful Fury stood across the way, blocking the passage.[41]

Similarly, Jesus shall render justice upon the earth,[42] covered by the blood of his enemies.[43]

John then revealed another pseudonym for this warrior, writing, “And his name [is] the Word of God.”

Since the only other place in the New Testament where this title appears is in John’s gospel (John 1:1),[44] this title provides another hint that the mysterious rider is Jesus.

While the Word of God came to inaugurate the kingdom of God at his first coming, at his return he shall usher in the age to come in all its fullness. By his authoritative declaration, he shall destroy everyone who rebels against him.[45]

According to a Jewish apocryphal book:

For while gentle silence enveloped all things, and night in its swift course was now half gone, your all-powerful word leaped from heaven, from the royal throne, into the midst of the land that was doomed, a stern warrior carrying the sharp sword of your authentic command, and stood and filled all things with death, and touched heaven while standing on the earth (Wisdom 18:14–16, NRSV).[46]

Read Rev 19:12–13. Why are Jesus’s eyes described as “a flame of fire”? How does wearing many crowns signify his sovereignty? What importance would the original audience have attached to Christ having a secret name? Why shall he return? Whose blood will stain Christ’s clothing? Does this passage elicit encouragement or dread in you? Why?

[3]Beale, The Book of Revelation: A Commentary on the Greek Text, 951.

[5]Beale, The Book of Revelation: A Commentary on the Greek Text, 951.

[24]R. H. Charles, trans., “The Ascension of Isaiah,” in The Apocrypha and Pseudepigrapha of the Old Testament (Oxford: Clarendon, 1913), 9:1–5, http://www.earlychristianwritings.com/text/ascension.html. Italics mine.

[32]Beale and McDonough, “Revelation,” Commentary on the New Testament Use of the Old Testament, 1143.

[35]Beale and McDonough, “Revelation,” Commentary on the New Testament Use of the Old Testament, 1143.

[42]Beale and McDonough, “Revelation,” Commentary on the New Testament Use of the Old Testament, 1143.