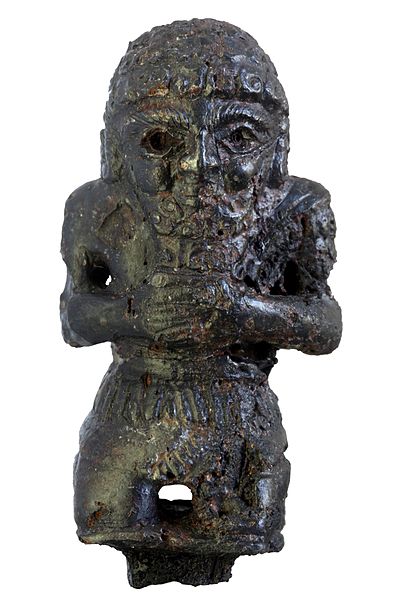 1) Gen 6:9–10: These verses portray Noah as both the first man in a new genealogy and as someone unique in his generation.[1]

After racing through millennia between the creation of Adam and these verses, Moses abruptly slowed the narrative to nearly a standstill.

Overall, the flood narrative occupies as much text as the period of time from Adam to Noah and during the era from Noah to Abraham.[5]

The intervening material consists of a masterful account of repeating patterns.[6]

A    Transitional introduction (6:9a)

C     Provision for the flood with a divine monologue establishing God’s covenant to  sustain Noah, preceded by observations on Noah and human behavior (6:13–22)

Ć     Provision for the post-flood world with a divine monologue to sustain the earth, with observations on human behavior (8:20–22)

This structure reveals that the Lord’s intervention saved Noah, not a boat.[9] Furthermore, the main purpose of the flood narrative concerns why God preserved Noah, not why he sent the deluge.[10]

Moses wrote, “Noah was a righteous man, having integrity in his generation. Noah walked with God.”

In Hebrew, this section begins and ends with Noah’s name, putting him in the spotlight.[11] The contrast with his contemporaries anticipates the coming judgment.[12]

Surprisingly, the words translated as “righteous” (tsadiq) and “blameless” (tamim) do not appear in the Bible prior to this.[13]

Such people intentionally live for the benefit of creation, their neighbors, and to please the Lord.

Indeed, the Lord used the righteousness of Noah to save the world.[17]

Not only was Noah righteous, “he was blameless (tamim) in his generation.”

By coming after the pronouncement of Noah’s uprightness, this phrase carries the similar meaning of “sound, wholesome, unimpaired, innocent, having integrity” (Job 12:4: Prov 11:5; Prov 13:6).[19]

Thus, the term connotes Noah’s wholehearted commitment to his relationship with God.[20]

God expected blamelessness from every Israelite (Deut 18:13), although only a few achieved this goal (Job 2:3).[25]

Among all of the people in the Old Testament, only Job comes close to Noah’s stature (Job 1:1).[26]

Due to his behavior, those living close to Noah had no excuse to criticize his ways.

As a “seed of the woman” living among the “seed of the serpent,” Noah provides a model for believers living in a hostile world (Gen 3:15).[27]

God crediting him as righteous points to a pattern in which the Lord bestows his favor and then chooses to see a person as upright in character and conduct as result of that person’s trust in him (Cf. Gen 6:8–9 with Gen 12:1–3).

Such faith results in a change of heart which subsequently leads to righteous action.[28]

Both Noah and Abraham serve as exemplars of a trusting relationship with the Lord which resulted in salvation despite their occasional failures (Gen 9:20–21 and Gen 16:1–4).

Just as Israel did not particularly deserve exaltation to the position of God’s chosen people (Deut 7:6–8), so the Lord chose Noah from among all of the people on earth.[29]

As a righteous and blameless man, Noah would not suffer the destruction about to come upon the rest of the people.[30]

Yet, God did not save him for his sake alone, but for the preservation of humanity and even animals in a new era.[31]

Moses continued the description of this great man, writing, “With God Noah walked.”

As with Enoch, the Hebrew form of the verb indicates that Noah and the Lord walked in fellowship with each other.[33]

While God saved Enoch from mortality, he prevented Noah from drowning.[34] Intimate communion with the Lord brings deliverance from death.[35]

Thus, Genesis attests that walking with God in a relationship based upon trusting him results in a state of salvation and a concomitant change of heart to reflect the character of God (Hab 2:4).

Our obedience to the Lord flows from the righteousness which God grants to us as people of faith.

While upright character and conduct proceed from justification, those whom the Lord deems righteous do not perfectly practice them.

Nevertheless, the pattern of behavior which the virtuous exhibit stands in stark contrast to that of the wicked whom God will destroy.

In a world terrorized by evil people, we must remain committed to Christ even at great risk.[36]

As in Gen 5, at the end of ten named generations of only one ancestor each, three sons stand at a turning point of history.

This section of the genealogical record concludes with, “And Noah fathered three sons: Shem, Ham, and Japheth.”

By repeating Gen 5:32, Moses named the male passengers on the ark.[37]

Commentators disagree concerning the spiritual condition of Noah’s sons. Moses recorded no overt statement about their righteousness.[38]

Some conclude their father resembled that of their father, for Moses mentioned them before he detailed the corruption of the human population in Gen 6:11–12 (Cf. Ezek 14: 19–20).[39]

Read Gen 6:9–10. How do we know that the flood story has been inserted into Noah’s genealogical record? Describe the relationship between righteousness and blamelessness. What results from walking with God?

[6]Waltke and Fredricks, Genesis: A Commentary, 125. We will examine several of these when we reach those sections of the text.

[10]Sailhamer, The Pentateuch as Narrative: A Biblical-Theological Commentary, 124.