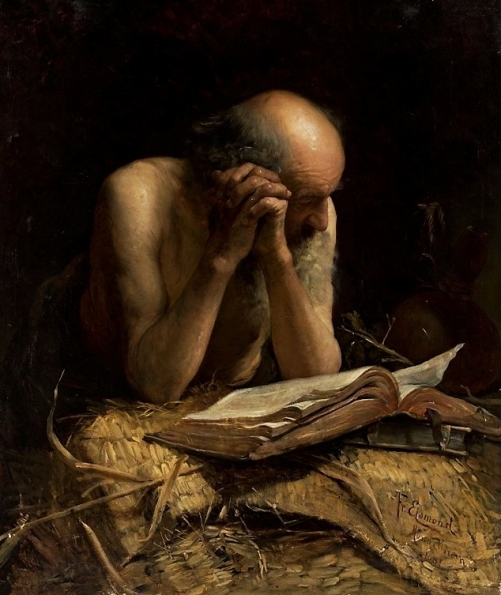 c) Rom 10:13: In this verse, the apostle Paul shifted from an emphasis upon confessing that Jesus is Lord (Rom 10:8–12) to calling upon him.

Quoting Joel 2:32, he wrote, “For anyone who calls upon (epikaleō) the name of the Lord shall be saved.”

However, in the context of this passage, we call upon God to avail ourselves of his vast spiritual resources, resulting in eternal salvation.[2]

For example, the first century BC historian Diodorus Siculus wrote, “The details of the initiatory rite are guarded among the matters not to be divulged and are communicated to the initiates alone; but the fame has traveled wide of how these gods appear to mankind and bring unexpected aid to those initiates of theirs who call upon (epikaleō) them in the midst of perils”.[4]

Early Christians quickly adapted the phrase “calling upon the name of the Lord” but expanded its meaning to refer to the Father and the Son.[5]

Within a few decades of Christ’s resurrection, the phrase “those who call upon the name of our Lord Jesus Christ” became equivalent to the term “Christian” (Acts 9:14; 1 Cor 1:2).

God transformed Paul from a man who persecuted those who called upon Jesus’s name to one who prayed to and proclaimed the exalted Christ (Acts 9:1–27).

That he no longer equated worshiping Jesus with breaking the first two commandments testifies to his belief that Christ is indeed the Lord (Exod 20:3–6).[7]

The context of Romans 10 indicates that here the word “call upon” has a more specific meaning than a general prayer.

Since “whoever calls upon the name of the Lord shall be saved,” Paul implied that those who invoke Christ in this manner understand their desperate need of forgiveness and recognize that Jesus can and will bestow salvation upon them (Cf. Joel 2:26–32; Acts 22:12–16; Mark 13:24–27).[8]

They appeal to God to include them in his covenant and trust him to honor the terms of that agreement (Rev 6:12–17).[9]

To grasp the revolutionary nature of Paul’s inclusion of Gentiles, recall that he once belonged to the Jewish sect of the Pharisees (Phil 3:4–6).

During the 400-year intertestamental period, the Pharisees created a lay movement which asserted the view that one could identify God’s covenant people by their adherence to the Mishnah.

This commentary on the five books written by Moses formed a hedge around the Mosaic law (m. Avot 1:1),[10] in violation of Deut 4:1–2.

Although they were not from priestly lineage, the members of this sect strictly maintained this tradition of laws regarding purity, tithing, and the Sabbath intended for those serving in the temple.[11]

The Pharisees took great care to separate from the impure “people of the land” who failed to avoid contaminating themselves.[12]

In contrast to the Essenes, who removed themselves from society to form an exclusive commune, the Pharisees sought to practice Judaism in every area of life while remaining in their communities.[13]

After his conversion, Paul opposed the concept that God planned to save only a few people who sought to obey him perfectly.

The emphasis here falls upon the great expanse of God’s mercy which encompasses all who respond to the gospel of grace.[14]

The Lord acted in the Old Testament era to provide pardon to those who recognized their need for him.

[1]Cranfield, A Critical and Exegetical Commentary on the Epistle to the Romans, 2:532.

[7]Cranfield, A Critical and Exegetical Commentary on the Epistle to the Romans, 2:532.

[14]Witherington and Hyatt, Paul’s Letter to the Romans: A Socio-Rhetorical Commentary, 263.

[16]Seifrid, “Romans,” Commentary on the New Testament Use of the Old Testament, 660.