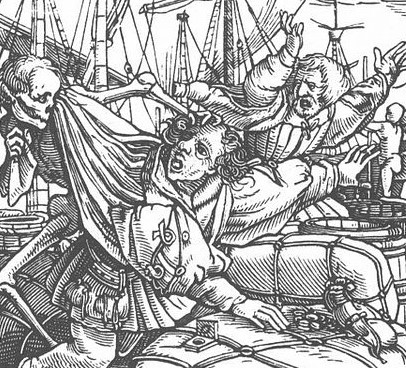 He wrote, “Instead, you [are] to say, ‘If the Lord might will, then we will live and we will do this or that.”

Even the phrase “this or that” points to the doubtful nature of our plans succeeding.[2]

The spiritual realm directly impacts what occurs in the material arena.[4]

Pagan authors expressed similar ideas.[5] In the midst of a discussion regarding the authority of Zeus and the lesser gods over nature, the philosopher Epictetus (55–135 AD) wrote, “What, then, is to be done? To make the best of what is in our power, and take the rest as it occurs. And how does it occur? As it pleases God.”[6]

Indeed, the phrase “if the gods will” (Deo volente in Latin) appears frequently in Greco-Roman literature.[7]

Approximately two hundred years before James penned his letter, the playwright Plautus claimed, “Isn’t it the fact that if the Gods will a blessing to befall any person, that longed-for pleasure by some means or other, falls to the lot of the virtuous?”[8]

While the apostle James encouraged his readers to say, “if the Lord wills,”[9] he never intended this to develop into a thoughtless, repetitious platitude.[10]

James promoted the idea behind the phrase, rather than the words themselves. Even Paul did not always state this phrase while making plans for the future (Acts 15:36).

When determining our future paths, we must hold to those decisions lightly, knowing that the Lord may choose to alter them at any time. By remaining sensitive to the Spirit and acting according to biblical ethics,[11] we can live in confidence that we adhere to the will of God (Acts 16:6–10).

The apostle drove his point home, writing, “But now you boast in your arrogance. All such arrogance is evil.”

However, he did not prohibit all boasting. Whether our confidence veers into  sin depends upon its object (Jer 9:23–24; 1 Cor 1:26–31; James 1:9–11). Consequently, the core of the problem consisted of their self-assured arrogance.[12]

In the New Testament, the only other occurrence of “arrogance” (alazoneia) as a trait appears as “the arrogance of life” (1 John 2:15–17). Arrogant people make more of themselves than reality justifies. They either ascribe qualities to themselves they do not possess, promise what they cannot perform,[13] or claim that their gifts and talents originate from themselves rather than from the Lord (Exod 36:1–2; 1 Cor 4:6–13).

The intertestamental ruler Antiochus IV decreed himself Epiphanēs, which means “manifest as a god.”[14] He provides a sterling example of arrogance.[15] Yet, this occurred during his final military campaign:

He who only a little while before had thought in his superhuman arrogance that he could command the waves of the sea, and had imagined that he could weigh the high mountains in a balance, was brought down to earth and carried in a litter, making the power of God manifest to all…

While he was still living in anguish and pain, his flesh rotted away, and because of the stench the whole army felt revulsion at his decay. Because of his intolerable stench no one was able to carry the man who a little while before had thought that he could touch the stars of heaven.

Then it was that, broken in spirit, he began to lose much of his arrogance and to come to his senses…He uttered these words, “It is right to be subject to God; mortals should not think that they are equal to God” (2 Macc 9:8–11, RSV).

James asserted that the merchants in the congregation acted as if God does not exist.[16] Furthermore, their boasting highlighted their pride for failing to depend upon the Lord.[17]

The apostle deemed such behavior as inherently evil.[18]

Read James 4:15–16. What makes boasting about the future evil? How can we avoid it? What do you believe James thought about Eve’s announcement of Seth’s birth (Gen 4:25)? Why?