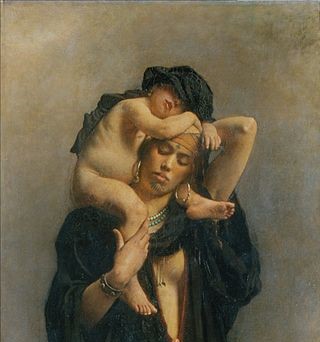 Throughout Genesis, the genealogical line of lesser interest precedes the one of greater importance (Cf. Gen 25:12–19).[3]

This may be due to God’s preference for the younger son over the firstborn. However, when extra-biblical primeval texts record two parallel genealogies, the first represents people with valuable skills and the second cites those of the royal line.[4]

Contrasting with the depraved line of Cain, Moses takes us back in time to depict how the Lord kept his promise of a godly seed which would eventually destroy the seed of the serpent (Gen 3:15).[5]

Paralleling Gen 4:1, Moses began this section by writing, “And Adam again knew his wife, and she gave birth to a son. And she called his name Seth, because ‘God has appointed to me another seed instead of Abel, for Cain killed him.’”

A seed (zera) brings forth something which resembles what produced it.[6] As in English, the term can be either singular or plural. It refers to an immediate descendant, distant offspring, or a collective group of descendants.[7]

The word has particular importance in Genesis, where it accounts for over one-fourth of the Old Testament occurrences, appearing fifty-nine times.[8]

In Gen 3:15, the Lord announced that all those who united against him would from then on fight against God’s people.[9]

Since the serpent which tempted Eve symbolized sin, death, and the power of malevolence, the curse upon him envisaged a long struggle between good and evil, with redeemed humanity ultimately triumphing.[10]

While the seed of the woman consists of those whose hearts incline toward God, hostile unbelief characterizes the seed of the serpent (Matt 13:24–30, 36–43). The unspoken question is, “Whose seed are you?”[11]

To accomplish God’s plan of redemption, the Lord allows the serpent to test the faithfulness of each generation.

This teaches God’s covenant people to vie against Satan and his followers. It also fits with the nuance of the “seed” as a plural.[12]

However, the oldest Jewish interpretations understood Gen 3:15 to anticipate the vanquishing of the serpent by a single messiah.

For example, the Greek translation of the Hebrew Bible utilized the masculine singular form (spermatos) to describe him.[13]

Therefore, while all of God’s people participate in the fight, this shall ultimately result in a battle of champions,[14] much as David and Goliath each represented their armies in single combat (1 Sam 17:8–10, 48–50).

Eve’s description of Seth as “another seed” indicates she recognized that redemption would come through him.[15]

Unlike Cain or Abel, Seth fathered a godly line of people (Gen 5).[16]

At the birth of Cain, Eve asserted, “I have acquired a man, the Lord” (Gen 4:1). We cannot ascertain the extent of her faith that announcement.

However, after Seth’s arrival, she spoke with a focus upon God, attributing his birth to the Lord.[17]

Despite Abel’s death, Eve trusted that God would fulfill his covenant.[20] The Lord placed Seth on earth as a substitute for her second son.[21]

Read Gen 4:25. Compare this birth announcement with the one in Gen 4:1. Why is the difference significant? How did Eve view Seth? What does this tell us about her?

[9] Sailhamer, The Pentateuch as Narrative: A Biblical-Theological Commentary, 108.