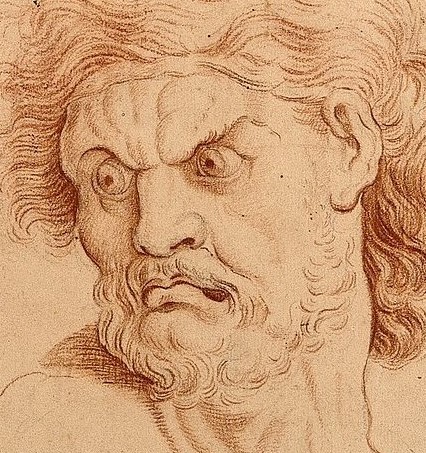 In this passage, Jesus contrasted the teaching of his day with the true meaning of the Pentateuch.

Rabbis employed the formula, “You have heard that it was said” when speaking of religious tradition.[1] “It was said” implied that God himself spoke the command.[2]

“The ancient [ones]” referred to the people who first received the Mosaic law.[3]

Jesus quoted, “You shall not murder” (phoneuō) directly from the Greek translation of Deut 5:17.

“Anyone who commits murder will be liable to judgment” likely derives from Num 35:20–24, 30–34. That passage emphasizes the need for legal proceedings to determine whether someone intentionally killed another person. The process also sought to prevent blood feuds from occurring.[7]

A Jewish apocryphal work noted, “He who works the killing of a man’s soul, kills his own soul, and kills his own body, and there is no cure for him for all time.”[8]

At the time of Christ, competing Jewish factions vied to win people over to their interpretation of obedience to the Mosaic law through lengthy debates.[9]

Jesus found fault with the rabbis’ application of the Old Testament (OT).[10] By emphatically proclaiming, “but I say to you,”[11] Christ invoked his own authority as the Messiah.[12]

He equated his decree to the rest of Scripture while explaining the original intent of God’s law.[13]

Christ’s words did not violate the law: they transcended it.[14]

Jesus looked beyond a person’s behavior to an unrestrained heart which generates murder (1 John 3:15).[15]

Contrary to the frequent perception that Christ loosened the requirements of the OT (Matt 5:17–20), here he made the rigor of the commandment far greater.[16]

A person’s character matters just as much as behavior.[17]

Anger violates God’s commands, for it forms the basis for murder. Therefore, both receive the same judgment.[18]

Note that some manuscripts say, “Anyone who is angry with his brother without reason.”  The words in italics appear to be a later addition intended to make the command easier to keep.[20]

“Brother [or sister]” likely refers to another believer.[21]

However, later in the sermon Jesus ordered, “Love your enemies and pray on behalf of the ones persecuting you” (Matt 5:43).[22]

This expands the command to all people, not only to fellow Christians.[23]

The punishments outlined in this verse increase in severity, even though the sins seem roughly equivalent.[24]

Those “subject to judgment” would have appeared before either the local religious authorities (sanhedrin),[25] a group of twenty-three men who determined the outcome of capital cases (m. Sanhedrin 1.4), or the Sanhedrin of Jerusalem, which was the highest Jewish council. It consisted of a group of seventy-one priests, scribes, and elders.[26]

However, anger did not come to trial before the Jewish courts except in highly-controlled communities like that of the Essenes of Qumran.[27] The Community Rule of the Dead Sea Scrolls says:

If [someone] has spoken in anger against one of the Priests inscribed in the Book, he shall do penance for one year and shall be excluded for his soul’s sake from the pure Meal of the Congregation.

“Raka” appears only here in the New Testament.[29] Rabbis commonly employed it as an insult.[30] The term implied that the person addressed was “empty-headed” or foolish.[31]

For example, Gaius (ca. 130–180 AD) wrote, “Outrages are atrocious either by the act, as when a man is wounded, horse-whipped, or beaten by a stick; or from the place, as when an affront is offered in the theater or the forum; or from the persons, as when a magistrate or senator is insulted by one of lower rank.”[33]

These types of insults reveal attitudes of contempt which the Lord condemns.[34]

Jewish courts under Roman rule could no longer carry out the punishments for capital crimes (John 18:31–32). Therefore, for Jesus, “the Sanhedrin” appears to refer to God’s heavenly court.[36]

That tribunal shall condemn the guilty to destruction “into the Gehenna of fire.”[37]

By the time of Christ, Gehenna served as Jerusalem’s city dump. Since garbage continually burned there,[39] it provided an apt metaphor for the fires of hell.[40]

[Related posts include Be Reconciled to Your Brother (Matt 5:23‒24); Made in the Image of God (Gen 1:26 cont.); and Male and Female He Created Them (Gen 1:27); Sin Lies Stretched Out (Gen 4:6‒7); Cain Arose against His Brother (Gen 4:8); Intertestamental History; Greek Translation of the Old Testament; Ancient Literature; and New Testament Textual Criticism]

[11]Daniel B. Wallace, Greek Grammar Beyond the Basics: An Exegetical Syntax of the New Testament (Grand Rapids: Zondervan, 1996), 319. Greek verbs include a personal pronoun. Adding the word “I” to the verb makes it emphatic.

[15] Keener, The Gospel of Matthew: A Socio-Rhetorical Commentary, 183.

[17] Keener, The Gospel of Matthew: A Socio-Rhetorical Commentary, 182.

[21] France, The Gospel of Matthew, 200. In Greek, a masculine plural can refer either to only men or to a group of mixed genders.

[27]Keener, The Gospel of Matthew: A Socio-Rhetorical Commentary, 182.

[35] Keener, The Gospel of Matthew: A Socio-Rhetorical Commentary, 184.

[36] Keener, The Gospel of Matthew: A Socio-Rhetorical Commentary, 184.